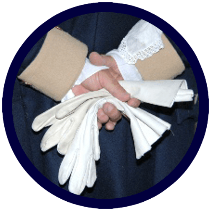 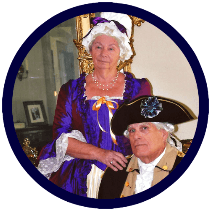 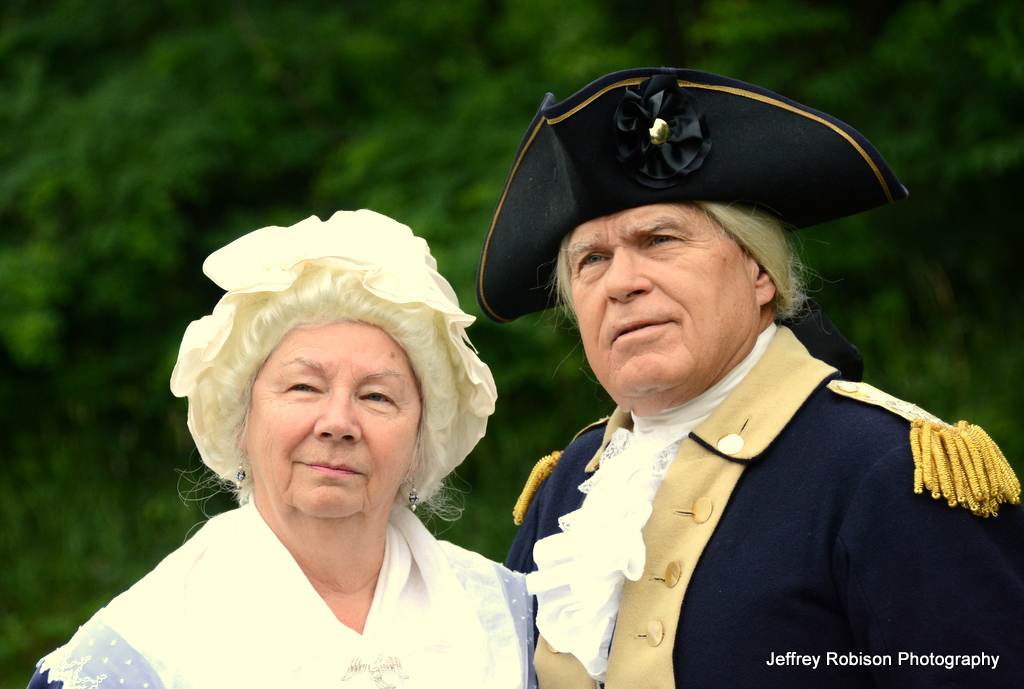 About The Elders – Bill and Cara Elder are retired teachers after 40 years in education in both Pennsylvania and Florida.

They are historians – First-person interpreters of George and Martha Washington.

As George and Martha Washington, they are now certified presenters for Skype for Education in which they give presentations for education groups and schools throughout the world.

They have also given interesting, informative, and entertaining talks and appearances at the University of South Carolina, Salkehatchie Campus, The Lifelong Learning College in The Villages, FL, The Living History Park, North Augusta, SC, as well as many presentations at the request of libraries, museums, and school groups. They have delivered their message, “In God We Still Trust” at church services in Florida and Pennsylvania, as well as making topic presentations to the Sons of the American Revolution/Daughters of the American Revolution and historical societies, and have presented “A Visit with The Washingtons” at numerous events along the Eastern Coast.

As members of the 2nd PA Regiment of the Continental Line and 43rd Regiment of Foot in His Majesty’s Army  they have participated in major battle reenactments, such as Battleroad 2000 in Lexington and Concord  (MA) to commemorate and celebrate the 225th anniversary of the American Revolution, Battle of Charleston (SC), Bordentown (New Jersey), Battle of the Hook (Gloucester, VA), Battle of Monmouth (New Jersey), Battle at Brandywine (PA), and many others which has added to their background knowledge of the Revolutionary War and Colonial Living.